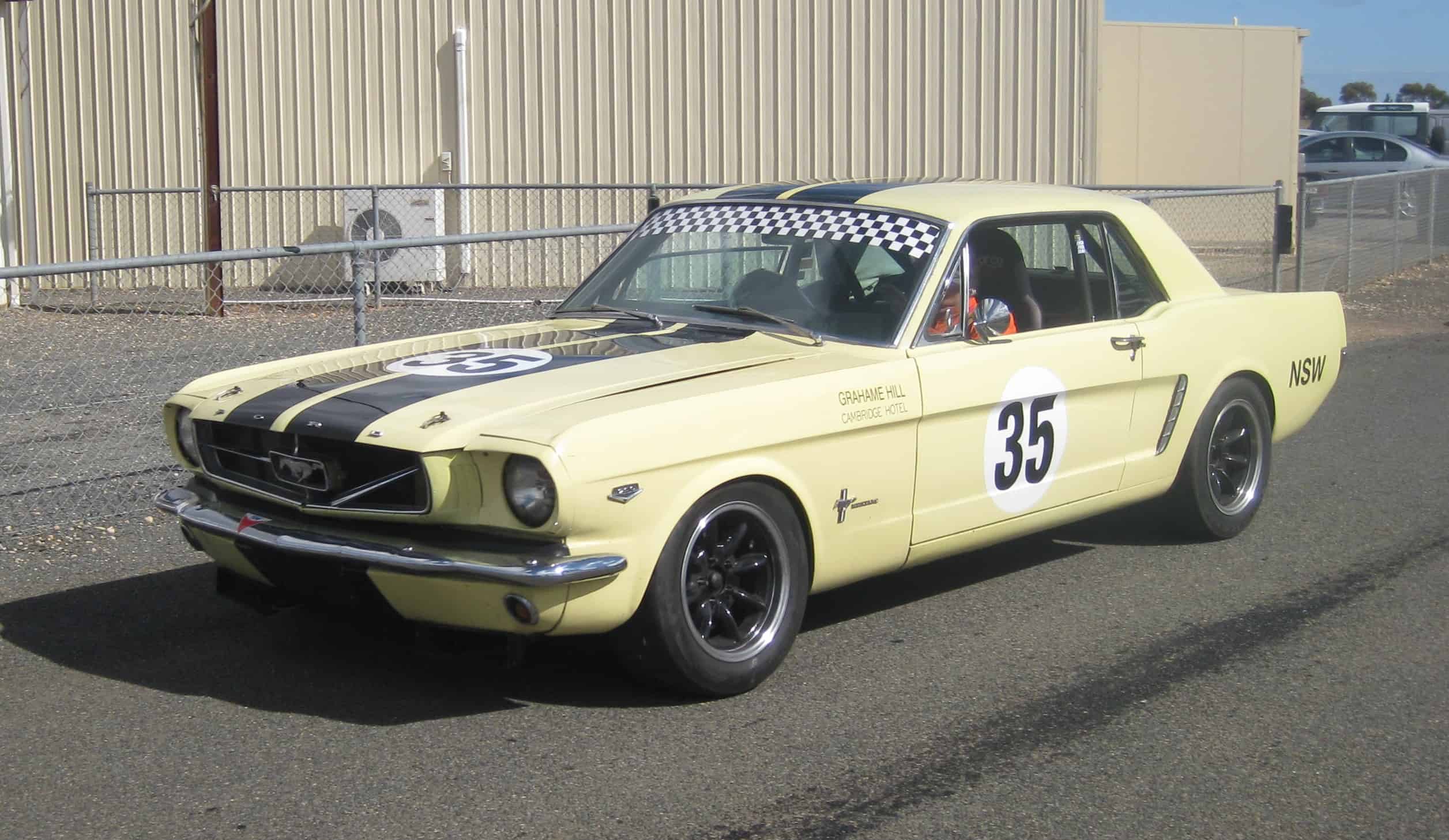 Grahame was a long-term member of HTCA NSW, and campaigned in a variety of cars including a 1957 Austin A35, a Mini Cooper S, a 1970 Valiant Pacer and a 1964 Ford Mustang.

In Grahame’s claimed highlights in 1997, when he competed in the AMP 1000 event at Mount Panorama, were racing his Cooper S at Warwick Farm in 1962, blowing the motor in that car to pieces in 1971 at Mount Panorama, and returning to race his Austin A35 in 1993.

Grahame’s entry at Bathurst in 1997 was the third time the car Valiant Pacer had run, having had only two previous outings, one at Lakeside, and the other at Eastern Creek, where Leo Geoghegan drove the car.  That cat is now in the good care of Cameron Tilley.

The Austin A35 served Grahame well, as it had a long racing life – there are records of it competing in 2001 through to 2013.

Grahame ran in the Valiant Pacer from 1997 to 2001 and at a variety of tracks, including Adelaide, Canberra, Phillip Island, Winton and Mallala.

In 2003, Grahame campaigned in a 1965 Ford Mustang which he ran in until 2012.  He saw action in that car at various tracks, including Barbagello, Mount Panorama, Mallala, Oran Park, Eastern Creek, and Wakefield Park.  Wayne Cooper now runs the Ford Mustang.  On occasions, Mike Dyer also ran this car for Grahame.

Grahame will be remembered for his very generous nature, his competitive spirit and for his wonderful sense of humour.  He would often answer the question – ”Are you THE Grahame Hill?” with the response “No. I’m still alive, but I smell like him!”.

The last outing for Grahame was at a Brad Tilley race day at Wakefield Park in June 2019, where he ran his Cooper S.

In recent times, Grahame did not enjoy good health.  He suffered from diabetes, which resulted in him losing his right leg some six months ago.  Today, Grahame determined he was ready to go to a better place.